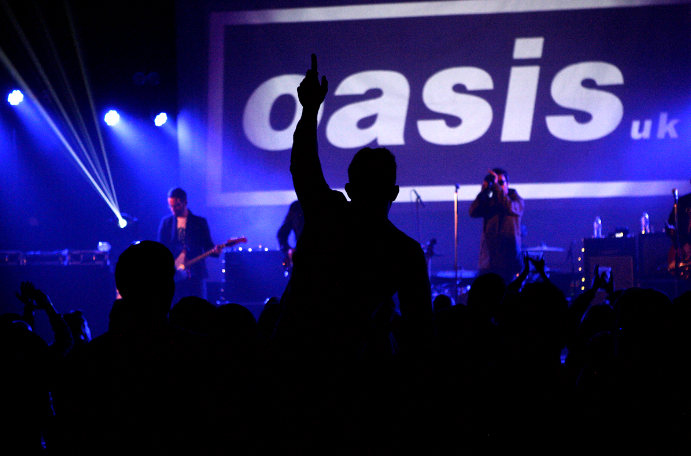 Live Forever is a new touring production celebrating “music that will never die” and comes to Liverpool this Autumn with a stellar line up.

The show at the Eventim Olympia on Saturday September 11th sees the live return of Oasis UK – the world’s number one Oasis tribute act.  For any Oasis fan this is not to be missed. The band sold out their previous tour of London, Dublin, Belfast and are the world’s only officially recognised Oasis tribute with (accreditation from Liam Gallagher himself!).

Featuring video wall and projector light show using the official Oasis visuals as used on their last tour the band were described by Radio 2 as “the next best thing now that Oasis have split” whilst Nicole Appleton confirmed “Liam was very impressed”.  Also joining the bill is the official Oasis and Noel Gallagher HFB tour DJ Phil Smith. Having also been guitar technician for The Stone Roses and toured the world DJing for Oasis, it’s fair to say he knows a thing or two about tunes.

Support comes from Laid – A Tribute to James.  Playing all the hits including “Sit Down”, “Come Home”, “Laid”, “She’s a Star”, “Tomorrow”, “Getting Away With It”, and “Sometimes” Laid have received high praise everywhere they play and have marked their territory as the leading tribute to one of the best bands to come out of Manchester.

Completing the line-up is Stipe – A tribute to R.E.M.  R.E.M. remain one of the world’s most enigmatic bands. With a string of peerless albums; one eye on the underground and one eye on the soaring chorus; it’s safe to say we will never see their like again. From The One I Love through to The End of the World and more besides.  Whether it’s playing major festivals or appearing on the One Show, performing for Michael Stipe himself, Stipe are the definitive R.E.M. tribute – a complete band, and encyclopaedic knowledge of the back catalogue. The boys from Athens’ legacy is in good hands.

For more information on LIVE FOREVER (A Celebration of Music That Will Never Die), please visit the following links: