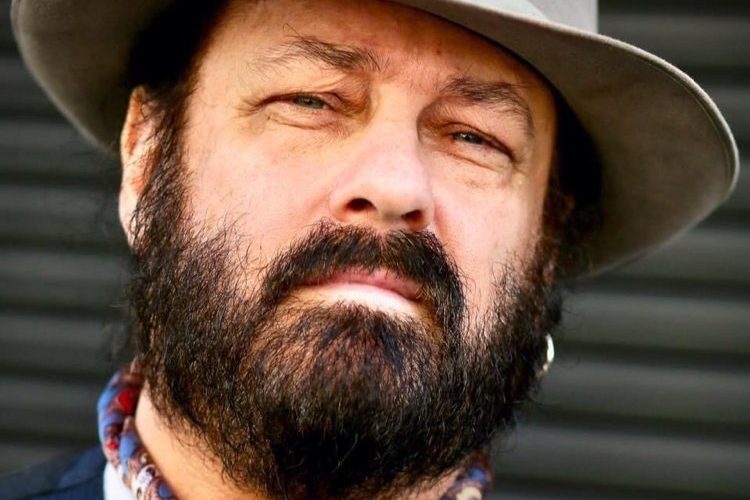 Back in the dim and distant past that I refer to as my youth, I was invited to watch a band called Now Here This.

I had never even heard of this band but walked into a venue with an incredible atmosphere, it was electric.

The lead singer of the band and the only one I watched for the entire show, was Mark Sebastion D’Lacey. What a talent. I watched in awe that night not knowing that we would develop a friendship and end up playing the same venues.

Mark is a true character and a born entertainer. In my opinion he was destined for much bigger things than the Wirral circuit, but Lady Luck never gave him that break. He is passionate, talented and a lovely guy. Over the years he has reinvented himself a fair few times, always progressing, always looking for a new direction.

Lockdown has been difficult for many people but for Mark, he turned a dark, depressing situation on its head and came out with two albums worth of material, three new ventures and a new character. Enter stage left Sebastion and the Poor Valley Marauders.

I caught up with Mark recently and asked him to tell me about his latest venture.

“At the beginning of lockdown, in a bizarre set of circumstances I ended up alone, in student accommodation in Manchester while my girlfriend was unfortunately elsewhere. There was just me, my phone and a guitar in a tiny room. I struggled at first, I don’t mind telling you but as time went on my creative juices started flowing and I began writing. Once I started, I couldn’t stop. The songs were very different to anything I had written before, but it felt right. As lockdown eased, I realised I needed to form a band as these songs were not solo songs, the group began to take shape.

By the end of the second lockdown, I had two albums worth of band songs and an album full of solo material. I bought an iPad and loaded up Garage Band. It became clear after a short while that I had outgrown my software and I promptly bought a Mac and Logic.

A split with my girlfriend led to an offer from a friend to rent a small room in his warehouse, which I accepted with gratitude and put together a studio. As word got out, it fast developed into a commercial enterprise. The beauty is that now I have an income four days a week, I no longer need to perform covers in pubs. I can instead showcase my own material like I did at Christmas at the Philharmonic Dining Rooms and boy does it feel good!

Sebastion and the Poor Valley Marauders are an Americana band, and our music covers blues, soul, country, very Southern State based. I took the 30 or so songs I have written and whittled them down to a set and then I had this idea of it being a theatre show too. A live band will play the songs and take you on a journey through the American States featuring music from about 1919 – 1940, the show will be called American Epic.

There is so much happening right now and I couldn’t be happier.

My studio – ‘Fleur De Lis Studios’ will have a record label ‘Fleur De Lis Records’ running hand in hand with it from January 2022”.

It was great catching up with you Mark, I think this is your time. I sincerely hope that your musical projects bring you everything you are hoping for.

If you would like to catch Mark out and about, he will be headlining the Bootle Festival with the band on the 4th of July from 6pm. On 27th, 28th and 29th July you will find him performing solo at The Philharmonic Dining Rooms with support from Helen Downy. Lastly, on 30th September – there will be a live stream show/documentary of the band to celebrate the launch of their first single. Check out Facebook for more details.