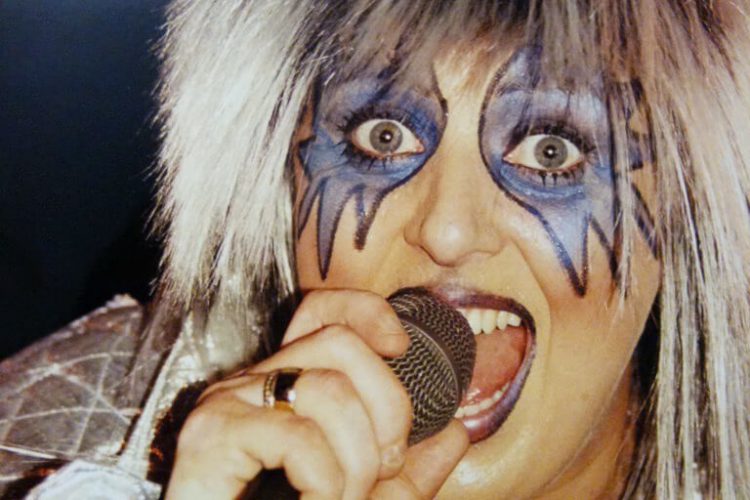 I have never really talked much about my own career in music, I suppose I never really rated myself as I always played with exceptional musicians.

I did, however, mention meeting Brian Jones, Alan Thompson and Ian Hunter at Tranmere Rovers Social Club in last month’s edition, so I will take the story up from there.

My band formed when I was just 15. Some schoolteachers who were already on the music scene asked me to sing lead vocal for them. It was mainly rock and roll classics, something that sat very well with me. We rehearsed in the school music room and when the time was right, they sought permission from my parents for me to play at the weekends. Alan Burton was on bass, Jim Wright on guitar, Joe Conboy on guitar and Lance Cunningham on Drums. Chris Hooker would play drums too and Brian Jones would guest on sax when he was home from touring. We would play venues like Caldy Rugby Club, Thornton Hough Tennis Club and later ventured onto the pub scene. I think we had a different name every time we went out, never settling on one permanently as I had dismissed Di and the Dynamics several times. Our set list was a mixture of rock and roll songs with T’Pau, Heart, Blondie, The Pretenders, The Eagles, Fleetwood Mac, Tina Turner etc. Those were the days hey?

Our first guest appearance was in Birkenhead. The Band was The Touch, the pub was The Hamlet in Woodside and the atmosphere was electric. Connie Lush fronted the band, all in black with jewellery that jangled when she danced. Her voice was amazing and almost as powerful as her stage presence. Our band played in the interval to a total uninterested crowd but with encouragement from both Connie and her husband Terry. I actually want to die when I think about it as we were not worthy to clean their instruments, but I guess we all have to start somewhere! I am still in ‘touch’ with them both today and still rate her as one of the best vocalists.

Legs Akimbo were another band that we guested with. I had been to see Legs a few times when Chris Farley and Roy Jones were still playing with them – they both ended up in Ibiza. Chris was a genius, so quick witted. His adult rendition of Thomas the Tank Engine stories were absolute classics. What a band and what fabulous musicians. I am pretty sure they played a pub set back off the road… Possibly called the Abbotsford? Again, we would get up in their interval and Chris Hooker would stay to play for us on drums. I was five months pregnant with Jade at the time and there was always a joke about hot water and towels. I remember we opened with Sex Talk by T’Pau, and we would do five numbers in all. Alone by Heart was another but I don’t remember any more. Well, it was 35 years ago!

My favourite band to watch was The Cheats. They were a trio that sounded like an orchestra consisting of Kenny Parry, Billy Kinsley and Brian Rawlings. The only person that ever came close to Kenny vocally was Denny Bolton of Legs Akimbo and later Shout. Kenny was and in fact still is such a talent. He would pick songs because of their difficulty on guitar and then would lay the perfect vocal on top sometimes singing the guitar harmony. The combination of Kenny and Billy was unrivalled with their harmonies, their musicianship and their passion for their craft. I would get up and sing Hit Me with Your Best Shot by Pat Benatar, I’m Down by the Beatles or another rock and roll song with them when asked. Needless to say, I would jump at the chance to play with such professionals.

In 1999, I bought The Buz Magazine and had eight fabulous years running the most successful music mag this side of the water. The Buz years are another story for another day so stay tuned…

My solo career launched in the 90’s, and I worked across the Northwest in social clubs in between games of bingo of course! Huge venues with high stages and electric curtains would be packed to the rafters and empty out as soon as the third bingo session was over! As you were shown to your dressing room, the Club secretary would insist on no ‘flashy lights or smoke’. Although it was hard work, it gave me a good grounding and the opportunity to practice my show.

One such show was a comedy 70’s show called Ziggy Sawdust. I absolutely adore glam rock so put together an act with Ziggy as the focal point. I would wear a silver suit with giant shoulder pads, massive platform boots, over the top makeup and would stand nearly six-foot playing air guitar – not for the feint hearted but I loved it!

I was asked to put together an 80’s show off the back of it and launched Diane Duran. Yes, I actually used that name (hangs head in shame). A frilly white shirt, leather pants and a thin ribbon as a headband across my forehead and I was there. The less said about that the better!

As just ‘Diane’ I played pretty much every pub in Wirral, sometimes for hours on end. I remember The Wirral in New Ferry when Philly and Marg owned it playing for three and half hours none stop. Absolutely mad. I played on a ferry across the Mersey with Gerry Marsden, I played at the opening of the Coliseum (Cheshire Oaks), I played the Floral Pavilion several times with The Gary Murphy Band, I would get up with bands like Insanity Beach and The Undertakers, I even sang Fat Bottom Girls with Brian from Hush.

It was incredible being on stage with Jade. She is not only a fabulous singer in her own right but can drop a harmony on anything. We loved the Queens in Liscard when Jools had it. It was always the funniest night and we would sing until we dropped. The Great Eastern with Alisa, The Argyle with Carole and Terry, The Straw Hat with Doreen, The Sportsman’s, The Halfway with Paul, The Olde Red Lion with Jackie and Andy, The Woodlands with Billy, The Farmers Arms with Jackie, I could go on…

It is all in the dim and distant past and now they are just precious memories. The illness I have had for the last twelve years has taken its toll, although I am trying a new treatment this year and you never know. If I had one very selfish wish, it would be to play one more gig, on my 60th birthday. I would hire a hall, hire a big Ad Lib rig just like the one I had with a Studio Master desk and a mini disc player – I still have all the discs. I would ask Jade to join me and perform a set just as it used to be… I have a year in October to make it happen.

A girl can dream.