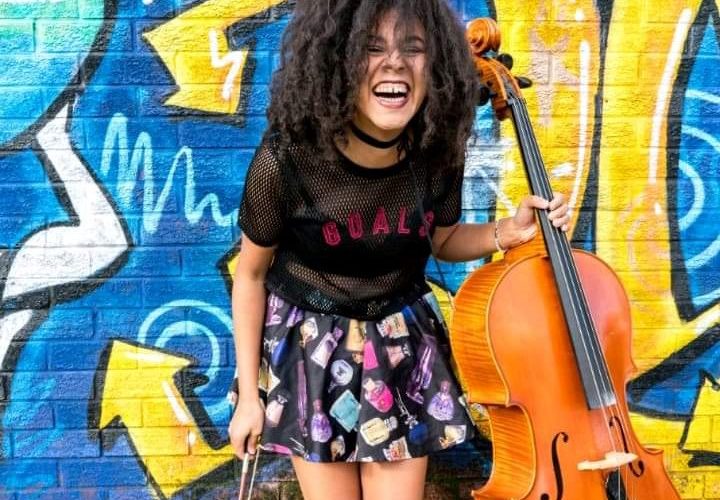 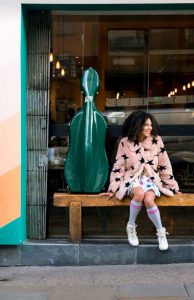 I had the good fortune to catch Satin Beige recently at the Philharmonic Music Room. I really didn’t know what to expect when a young lady took to the stage carrying a cello. I needn’t have worried; the audience were treated to a funky fusion of self-penned R&B and jazz gems. The gifted singer/songwriter tapped the cello creating a rhythm section to accompany her voice in a unique and awe-inspiring union. The standout song of the evening was ‘Being Me’ which I later learned is her current single. Download it today.

Since graduating from LIPA in 2015 she has received a special mention award at the UK Music awards (2017), opened the main stage at Africa Oye (2019) – The UK’s largest African music festival, supported Roachford on his UK tour, opened four sold out nights at The Music Room (Philharmonic Hall) supporting Connie Lush, played at BBC Introducing Live in London, and supported Chelcee Grimes (RCA) at her sold out hometown show in Liverpool  and performed with Tommy Scott from Space. She has enjoyed airplay on BBC Introducing Merseyside and her single “Being Me”- a song addressing attitudes towards race has beenplayed by BBC introducing Merseyside and BBC 6 Music (Tom Robinson show).

She will be playing her first headline gig with her cello, Kije, in Liverpool at Jimmy’s on the 20th March 2020 as part of a UK tour.