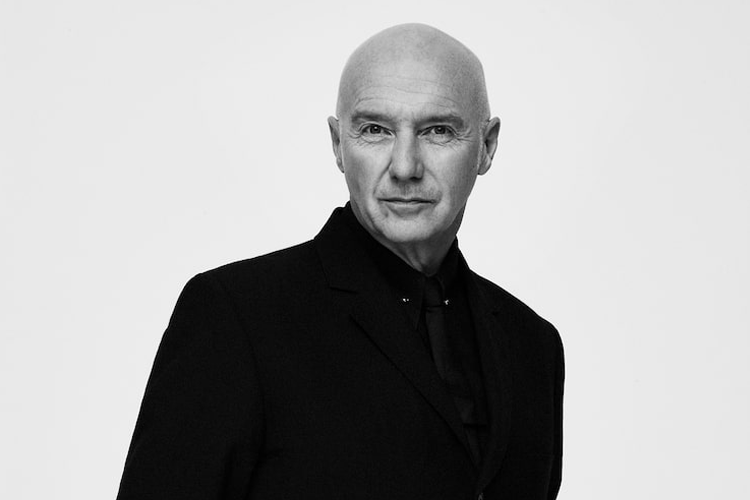 Growing up you lived in a one-bedroom tenement, I believe until you were 10? Did that make you close as a family and does that closeness still remain?
I think it does make you close, you know the physical constraints meant that I had to share a bed with my brother whilst my parents slept in the living room with my young sister in between them. So, you can’t help but be close. My Dad would be out at 6am driving a baker’s van and he never got back until 6 or 7 o’clock at night so we never seen that much of him but I suppose it was a good foundation for being close. You inevitably get closer the older you get and yes, we are all still close and you pass that closeness on to your own family.

What made you quit your apprenticeship and become a musician?
I had played guitar through school and found other friends that were like minded and so formed a band. You know how it is?
When I got the apprenticeship, I felt very lucky. It was the path my parents had chosen for my brother and I as we were not academic. This would give a trade and set us up for life.
About halfway through the apprenticeship, our keyboard player was auditioning for a well-known Scottish band and I went along to support him. They asked me to play guitar alongside him and I ended up getting the job and he didn’t!
I went home to my parents and said I would finish the apprenticeship if they wanted me to, but my heart was in music. My mother told me to follow my heart.

Who were your musical influences back then?
There were many. Small Faces were probably the first band I saw on TV and absolutely loved. I was into the British Blues boom, early Fleetwood Mac and Cream but then you discover David Bowie and everything changes.

What music excites you today?
I find myself underwhelmed a lot of the time. It’s a dreadful thing to say but I don’t listen to a lot of music in the car on the radio. I don’t like the repetitiveness of a lot of it.

Is that because we are old though?
Yes, I think it is. But even the youngsters look backwards to Jimi Hendrix, Cream and Led Zeppelin. I just don’t like what today’s musicians have to offer.

I was very surprised, knowing about Slik, The Rich Kids, Visage and Ultravox to find that you played and wrote for Thin Lizzy! Who knew?
Thin Lizzy fortunately!

To say you stood in for Gary Moore though, blimey, I was taken aback! How on earth did that come about?
I remember I had just joined Ultravox and I was in the studio, putting the finishing touches to the first Visage album when a call came through from Phil Lynott. Phil and I were friends and he said that Gary hadn’t turned up for a couple of shows so was out the band. There was three weeks left on the tour and could I fly out to America the next day to finish the tour with them? My head was screaming I am no were near good enough to stand in for Gary Moore on any level and my heart said I’m in, yes please!

What song would you most likely sing when just you and your guitar are in a room?
It probably wouldn’t be one of mine. Ziggy Stardust, David Bowie, the chord structure is wonderful. You never stop learning in life and I don’t learn other people’s songs often but I decided I wanted to learn Ziggy Stardust as it is a favourite. The more I play it; I am in awe of how brilliant Bowie actually was. He was so musical.

Was singing Vienna at Live Aid the best performance moment of your career?
On one level, for the audience capacity, yes; was it my go to memory? No. I don’t actually remember it much. We only had 18 minutes on stage and that wasn’t a long time. The overall memory of walking on stage, the nerves and the relief that it was all ok. We had no soundcheck and the equipment was really flimsy, it looked like it could break at any moment. There were no backing tracks, no sequences, everything was played live. So, by the time you did that, calmed down and watch the audience, it had gone.
The highlight moments in my career are the ones no-one knows sees. The time Kate Bush did a duet with me or sitting playing guitar with Eric Clapton in a room in Monserrat.

Which do you prefer; performing, writing or producing?
Performing, I think. I find song writing a task. I worry about it and I work really hard at it. I know some people can rattle them off and write brilliant songs instantly. My stuff, because I am writing and doing a production at the same time, every element has to fit, has to make sense. It takes me forever, it’s a long, slow, laborious task and I only ever appreciate it when I have finished it. And usually when I hear it after I finish it, when I don’t have to listen to it anymore and I hear it out the blue, I go ha, now I know why I spent 5 years or 10 years making this.
So, performance, you walk on, you either do it well or you don’t. I give 110% every single time because I haven’t got an off switch. You go on and you glow, it’s fabulous.

Do you still have the Burberry Mac you wore in the Vienna video?
I do, yes. It’s one of the few items I have still got. It was in an exhibition in Scotland recently at the National Museum of Scotland. The Burberry mac, the silk raincoat and sunglasses I wore at Live Aid and the great guitar were in a glass case.

If you could choose someone to sing Vienna in your place who would it be?
I would love to have heard Freddie sing it and Brian play the solo in the middle. I reckon they would have done a great operatic/orchestral version of it.

What would you most like to be remembered for?
I stuck to my guns. Since day one when I ended up doing a track with Slik, it went to number 1 but i didn’t have anything to do with it. My voice is on it, but I didn’t write it, I didn’t produce it, although I did play on it. It was good for me as I vowed never, ever, ever to let myself be manipulated like that again
Every decision I have made, good or bad, has been my decision and I will live with the results.

I believe you bought your first guitar from Kay’s catalogue. Can you remember any of…